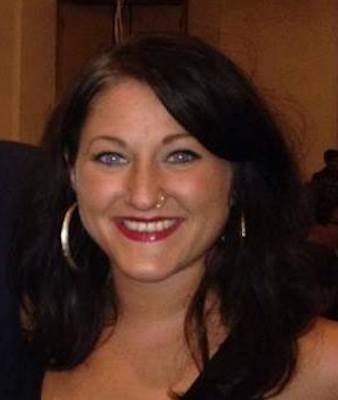 The twenty-first century has brought with it a heightened awareness of police misconduct and brutality. While this violence and abuse of power is not new, in the age of high-speed internet and smart phones, sections of society previously protected from the knowledge of these abuses are now able to witness them, front and center. To date, in 2018 alone, 750 people have been shot and killed by police officers in the United States (Tate, Jenkins, & Rich, 2018), and black Americans are three-times as likely to be killed by police officers as their white counterparts (Mapping Police Violence, 2018). Black and brown victims including Tamir Rice, Eric Garner, Michael Brown Jr., Alton Brown, Freddie Gray, Philando Castile, Sandra Bland, and Botham Jean have been called to the front of social justice activism around the country. While this violence has garnered attention on a national scale, similar violence exists in different iterations in each and every one of our smaller, more intimate worlds.

During my undergraduate college career at Wesleyan University, I worked in the campus library. My job was monotonous, locating books and other academic materials on reserve for students on campus. One evening, as I waited for the next patron to arrive, I overheard a conversation that quite literally stopped me in my tracks. Three white female students began to discuss a recent campus safety email. The email, which I later found and reviewed, spoke about a series of thefts on campus, and described the suspects: college-aged, unrecognized, black men. As the conversation of these women progressed, they drifted pointedly from an email review to a debate about which young, black men they didn’t know, but had seen “hanging around.” Before continuing to walk down the hallway, one of the white women said: “I know it sounds bad, but I just don’t know who to trust anymore, you know?” Her friends nodded in agreement and they continued on their way.

Let me begin this paragraph by stating an important fact: I am a white woman. As a white American, I move through the world with an entire set of privileges (McIntosh, 1989) that others do not have, some of which allowed me to be privy to this library conversation in the first place. And so, as I listened to these women, who looked much like me, I was struck by two things. First, I was reminded of the long and horrifying legacy of white women’s racial violence in the United States, and how utterly urgent it is for us to know our histories. My mind flashed to the story of Emmett Till, a fourteen-year-old African American boy who was lynched in Mississippi in 1955 because a white woman expressed an imagined fear of him; who died because a white women’s paranoia was worth more than a black boy’s life. The second thing that struck me came a few minutes later, after I found and read the campus safety email “warning” students about the presence of the suspected “criminals” on and around campus. I was struck by the way in which the rhetoric of safety on campus had morphed into such a violent justification for these white students to “not know who to trust.”

In many instances, campus police and safety protocols can serve the actual well-being of students on college campuses, but they also function similarly to police departments outside of their campus walls and have likewise struggled with overtly racist practices. While in recent years conversations around campus safety improvements have focused on the importance of protections against sexual and gender-based violence, we have not yet had a big enough conversation about how responsive campus safety practices have allowed people to asses, with no context, which black and brown bodies are “safe,” and which are “threatening.”

Campus safety departments need to care for all students, and universities must express a diligent commitment to undoing their own legacies of racial violence and discrimination. As smaller microcosms of the larger social-political world, college campuses have a unique opportunity to interrupt patterns of violence and to re-create safety systems that uniquely care for black and brown people in their words – like safety update emails – and in their actions. A well-designed system structured around care and compassion, rather than punitive aggression, will give campus safety departments the ability to positively shape students’ thinking. As opposed to setting white students up to fear young, black men, they could interrupt this pattern and push white students to broaden their views and de-racialize their fear(s). This change is not only essential for the emotional, psychological, and physical safety of students of color, but also for the health of white students; encouraging us to work towards a more complete understanding of our own racialized existences in the world, and pushing our conversations away from “Who can I trust?” and towards “How can I work to deconstruct (my) racialized fear?”

Now, as a graduate social work student at West Chester University in Philadelphia, Pennsylvania, I see the ways in which a campus and a progressive student body can indeed do all of these things. When administrators prioritize diversity, social justice, and self-reflection in their communications, course offerings, and campus policies, students are encouraged to do the same. Like academic codes of conduct, respect for human rights and social justice can become the norm for social conduct on campus. Particularly for white students and historically white universities, this is the challenge: to remember that we are all nestled in social, political, and historical contexts that influence our lives, and when we do not question these contexts, we actively contribute to the injustice and violence, both big and small, around us.