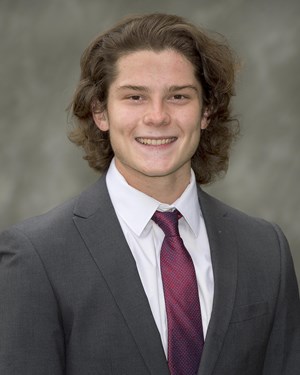 Incredible and Incredulous: How “Fake News” Harms the Spread of the Truth

Our country seems to face a new crisis every other day. In 2020 alone the United States faced a global pandemic, civil unrest and mass protests across the country, a presidential election marred by claims of fraudulency, and countless other events where an informed and educated public would have helped mitigate concern and led to smarter decision making. However, the people of our nation were at odds with one another as they clung to a belief or stance offered to them by their media and political affiliation of choice, while going on to denounce the other side and their beliefs as incredible and “fake news.” As a result, there was little cooperation between Americans in a time it was needed the most. Rather than address the issue, the echo chambers remained in place and nothing changed. “Fake news” is a dangerous term used by both political sides to discredit opposing viewpoints without providing a counterargument or rebuttal, and does nothing to stop the spread of misinformation.

There is one experience from my time on campus that helped me see how this issue was affecting me and the people around me. My freshman year roommate is a very intelligent student whom I get along with extremely well. I was surprised to learn that we had very different opinions about the environmental crisis our planet is facing. At first, I thought it was due to our difference in majors. I wouldn’t expect him, who was a cybersecurity major, to understand the complexities of climate disruption just like he wouldn’t expect me to understand the intricacies of firewalls and cyberattacks. While that did influence his thinking to an extent, the core of our disagreement stemmed from the fact that climate change and global warming were both labelled as “fake news” in his political beliefs. The majority of politicians and media channels that he subscribed to denied the legitimacy of the issue simply because it was commonly attributed as being a concern of the other side. When I took the time to explain what climate disruption was and addressed claims made by both sides, he admitted that he had not understood the issue as well as he thought and was appreciative of the clarification. This experience both comforted and concerned me. On one hand, it was fairly easy to educate my roommate and educating others would likely be just as easy. However, my roommate was willing to be open-minded and hear me out. The ones who need the education the most are often the ones who are already very set in their ways. Is it even worth taking the time and effort to open discussion with these individuals? This isn’t exclusive to the issue of the global environmental crisis. It’s impossible to be educated in everything, and we as a collective must be open to listen to those that are and educate others when our time comes. This comes with a catch: We MUST leave our personal biases at the door when doing so!

The two-party political system in America has evolved to the point where the majority of Americans will fall into line with one of the parties based on their pre-existing beliefs, concerns, and passions. When it comes to more complex issues, (foreign policy, for example) party members will adopt the stance of the party. As a result, many topics have come to be seen as a “Democrat” or “Republican” issue. To make matters worse, it is now common to label these issues as “fake news” when they go against party beliefs. In order for productive discourse to be had on such topics, they must be destigmatized as topics having a political bias. Sustainability and environmental stewardship are causes championed by liberal politicians. This is evident by President Joe Biden’s cancelling of the Keystone XL pipeline and the introduction of the Green New Deal by Congresswoman AOC. The rebuttal commonly offered by conservatives is often emotional and not based in scientific research in an attempt to diminish the credibility of the argument. One must remember; however, environmental science is exactly that: A science. The impacts of rising sea levels, greenhouse gases, and invasive species can be quantified and demonstrated with empirical evidence. Numbers are not inherently conservative or liberal and shouldn’t be treated as such. Too often, ideas, even ones backed by scientific research, are dismissed because of a political stigma surrounding them. It is impossible to learn and improve as a society if we are not open to considering new ideas. Likewise, it is impossible to properly educate if we allow our biases to get in the way. A deeply religious teacher has an obligation to teach the science of evolution despite their internally held beliefs, because to do otherwise would be an injustice to their students and their profession. This is how higher education can play a role. Institutions of higher learning should make a commitment to provide an unbiased education to students. Students should leave their respective colleges and universities capable of presenting an argument and creating rebuttals without using logical fallacies. The benefits of this are two-fold: Students not only improve their own credibility, but can also see which of their peers are creating valid arguments based in fact and reasoning or making appeals based on pure emotion and opinion. Once credibility is established, the truth can come out and fake news can be eliminated.

What I took away from this experience is that it is very important to be patient and respectful to others when trying to educate them. It would be asinine to expect someone to change their mind on a lifelong opinion when first confronted about it. Resistance and possible frustration should be expected. One of the worst things that can be done is to become confrontational or insult the viewpoint of the other individual. This should be a constructive experience, not a destructive one. Also, it just simply wouldn’t make sense to offend the person you’re trying to educate. If anything, that would just turn them off to what you have to say. It’s important that some level of mutual respect exists between the two of you. It’s also important to accept that the individual/group in question may not be open to change (complete or otherwise), and that’s okay. It is highly unlikely that whatever issue is being debated is severe enough to warrant the ruining of relationships. If you cut every person out of your life that doesn’t agree with everything you do, you would find yourself becoming lonely. You would live inside an echo chamber of your own beliefs and affirmations. This is not the way to learn or grow. We learn by having our beliefs challenged and questioned. Overtime, you may still learn something from them and they might learn something from you. The goal isn’t to prove people wrong. The goal is to raise others up around you by mutual education in the areas we’re knowledgeable about. If they really aren’t receptive, just let it go. It’s on them, not you.

America’s rise to prominence wouldn’t have been possible without the protections provided by the First Amendment, allowing us to say what we want to say, believe what we want to believe, and speak up if we believe our elected officials are not doing their jobs properly. To get rid of or modify these protections would result in a regression of our culture as we are limited in the sharing and expression of our ideas and beliefs and prevent us from moving forward. That being said, the sharing of fake news and the ever-wavering definition of “credibility” take us down the same path. Rather than change the law, let’s change ourselves: The ultimate example of growth. We should be educating others on what we know using research, data, and sound logic. We should know better than to buy into weak, logically flawed, and emotional arguments. We should work to raise others up and improve each other rather than tear others down. Calling the opinions of those we disagree with “fake news” does nothing to improve the situation. It offers no counter, solution, or example of improvement. It feeds more noise into an ever-deafening echo chamber. If we become lazy in our arguing, society as a whole becomes lazy and unable to meet the challenges of the day. But if we hold ourselves accountable and to a higher standard when dealing with misinformation, we are capable of handling any crisis the world throws at us.