This guide has provided a few examples of alt text with graphs and photographs. Below are further examples for additional types of images. 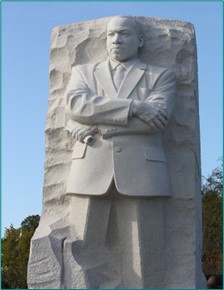 Notice how we do not provide extraneous facts about the statue, such as the artist or location, as that would provide information a sighted student would not know from just looking at the image. 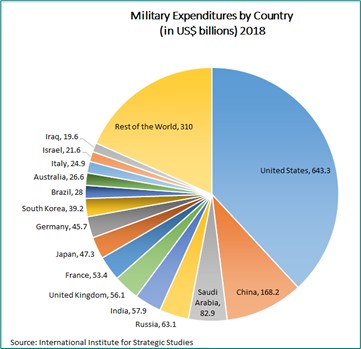 Figure 3.5. The United States has a larger budget for the military than any other country.
Source: https://commons.wikimedia.org/wiki/
File:2018_Military_Expenditures_by_Country.png

Long alt text: The United States accounts for nearly one-third of the total at 643.3 billion dollars. The next largest share by country is China at 168.2 billion dollars.

Notice how we do not list out the expenditures for every individual country. You certainly could, but the caption gives a clue that what is most important to the reading experience is the United States’s spending. If the caption were different, the alt text might focus on a different country or on all the countries and provide a full listing. We recommend writing captions that clearly indicate to students what the primary focus of the figure is, and using alt text to follow this as a guide.

Short alt text: A map of the world representing confirmed cases by country, with categories from 1 to 99 cases, up to over 10,000,000 cases.

Notice how we do not include exact case numbers for every country, nor list every country in the world. Context will matter here. This alt text was written assuming the author is asking students to look for broad patterns in the data. If instead the author was discussing a particular country or region, the data might be more detailed.