New Release – Astro4U: An Introduction to the Science of the Cosmos (Third Edition) by Richard Ignace

New Release – Astro4U: An Introduction to the Science of the Cosmos (Third Edition) by Richard Ignace 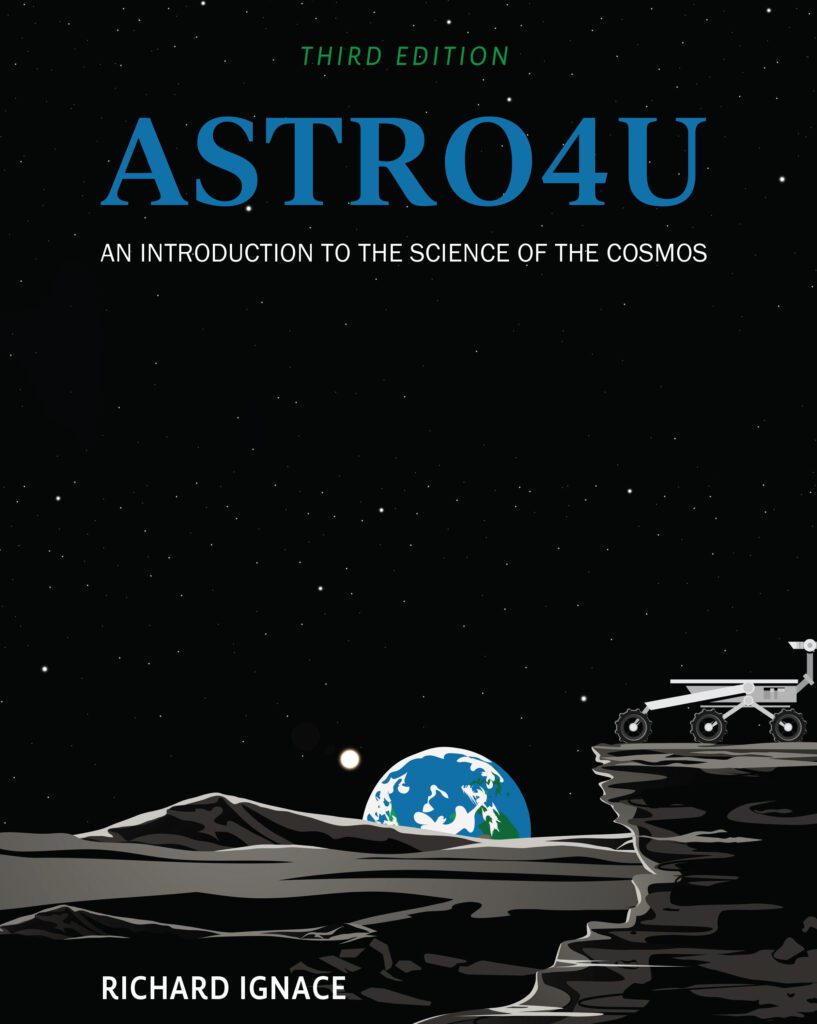 San Diego, CA – August 31, 2022 – Cognella Academic Publishing is proud to announce the publication of the third edition of Astro4U: An Introduction to the Science of the Cosmos by Richard Ignace. The text is designed to excite students about the grandeur of astronomy and how the universe functions. It has a fresh, casual, student-friendly tone that dramatically increases interest in the material while also making it more accessible.

The book provides a college-level description of science, with astronomy serving as the vehicle of delivery for displaying the scientific model. The content follows a traditional progression, beginning with a study of the sky, followed by discussions of ancient and medieval astronomy, modern scientific practices, and key physical principles. Chapters move through the solar system, stars, then galaxies and the cosmos as a whole, and culminating with exoplanets and the search for life in the universe.

The third edition includes new content that reflects the vast number of contemporary discoveries that have changed our understanding of the cosmos. Expanded topics include the first black hole image ever taken and what we’ve learned about black holes as a result, the great dimming of Betelgeuse, interstellar asteroids, and gravitational waves.

Astro4U is written for general education survey courses in astronomy that are geared toward non-science and science majors alike.

Richard Ignace is an astrophysicist who holds a Ph.D. in astronomy from the University of Wisconsin. He spent three years as a post-doctoral researcher at the University of Glasgow, Scotland. Dr. Ignace is a professor in the Department of Physics & Astronomy at East Tennessee State University. His primary area of research is stellar astrophysics, particularly in the areas of theoretical modeling and observational astronomy using primarily NASA’s orbiting telescopes.

Learn more about the book, request a digital review copy, or purchase a copy: https://titles.cognella.com/astro4u-9781793520425