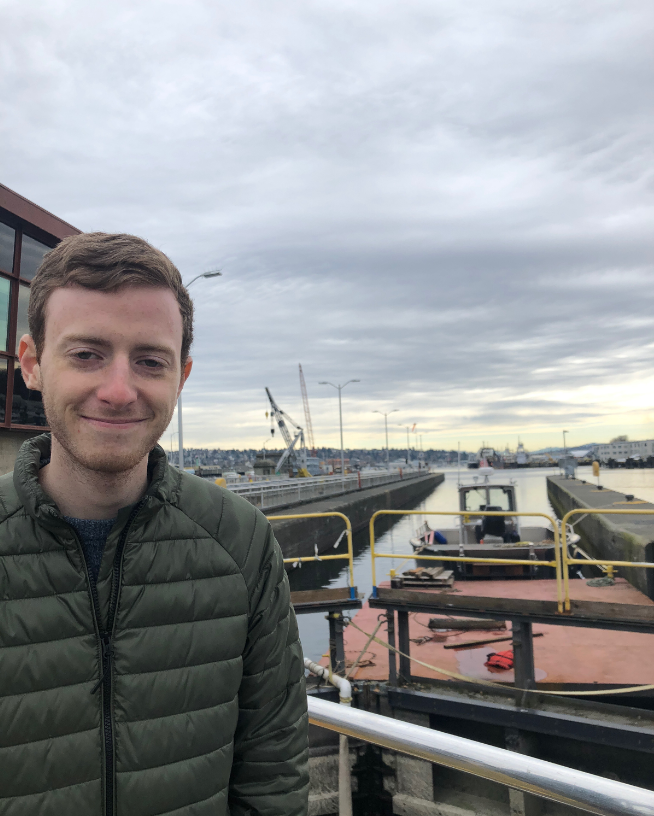 As a recent college graduate, and a current master’s student in Environmental and Green Chemistry, I have learned a lot during my academic career about what medical students call high yield studying—focusing one’s effort on the smallest scope of subject matter of disproportionate importance. This idea is captured by the Pareto principle, a broadly applicable economics theory which states that for any event, roughly 20% of the causes are responsible for 80% of the effects. I have also learned quite a bit about some of the biggest challenges facing the world, namely climate change, pollution, and resource overuse. Connections between my coursework in Environmental Studies, Public Health and Green Chemistry, and additional reading on the subject matter have persuaded me that shortcomings in the healthcare system, namely the dominant symptoms-focused approach, are deeply intertwined with society’s biggest challenges.

In the United States, over four billion retail prescriptions are filled annually. The current political debate about reimagining the healthcare system in America entirely overlooks this staggering figure. Synthesis of pharmaceutical compounds, I have learned, is a notoriously wasteful process, often producing hundreds of units of waste for each unit of product isolated. Some of this pharmaceutical waste is toxic, and all of it is expensive to dispose of, both economically and environmentally. While politicians boisterously debate repealing the ACA, a single-payer system, or a public option, the root of the problems that make American healthcare so expensive is too controversial to discuss in the current discourse. Ironically, this ignoring of the causes, and jumping to expensive, complex solutions to a simple (but difficult) problem, mirrors what makes the healthcare system such a mess in the first place.

Patients with chronic diseases, most notably cardiovascular disease and Type II diabetes, were responsible for 86% of healthcare spending in the United States in 2012, and a disproportionate amount of the healthcare system’s environmental burden. These diseases are typically treated in short visits with time-starved, paperwork-burdened doctors, whose default approach is to prescribe a medication (or several) and move on to the next patient. This approach is great at “managing” diseases, and is encouraged by the status quo of the system, but limits the patient’s quality of life, and places a huge cost—both economically and environmentally—on society. A growing chorus of physicians and researchers are arguing that the pharmaceutical-reliant approach to healthcare, dominant in the United States, is treating these patients’ symptoms, but not the underlying causes of their illnesses. Much of the disease prevalence in the United States can be effectively managed and even prevented by lifestyle interventions including exercise, stress reduction and most importantly, the adoption of a whole foods, plant-based diet. The medical profession is slowly realizing the value of adopting a more balanced approach to care, with pharmaceutical compounds remaining an important tool, but not the primary mode of treatment. A revolution in healthcare will reverberate through many interrelated areas, and this is what I find most exciting. In addition to huge economic benefits and pollution reduction, wider adoption of plant-based diets will drastically change the agriculture system, which currently has the largest carbon footprint of any industry. There are certain unavoidable realities about nutrition, sustainability and disease that we must confront as soon as possible. Despite distortion of the conversation by the relevant industries, nutrition science is very clear that a diet high in vegetables, grains and legumes, and low in animal products, is ideal for human health, and protective against the most common diseases facing the healthcare system. Fiber, severely lacking in most American’s diets, is associated with numerous beneficial health outcomes, and animal protein intake is associated with a plethora of health risks, diseases and cancers.

Unfortunately, industry is exceptional at distorting science and delaying action. The book Merchants of Doubt outlines the time-honored techniques, created by the tobacco industry, that were used again by the chemical companies fighting against a ban on ozone-depleting substances, and by energy companies fighting against climate change science. In fact, the same small group of scientists, highly influential WWII-era physicists influenced by cold-war ideology, made a second, decades-long career out of being fact fighters for these industry interests. The ease with which industry powers have so efficiently distorted public opinion and delayed and prevented meaningful action has left me pessimistic. Physicians, however, I believe represent a special case.

There is inherent trust in the physician-patient relationship that is, on the whole, being underutilized. If the healthcare system more heavily emphasized education—relaying to each patient the full scope of the costs and benefits of their treatment options—I believe that people would be inclined to adopt healthy lifestyles rather than accepting medications with huge associated risks as their sole mode of care. With political progress on sustainability issues at a standstill, the best hope for improvements in crucial areas depends on mass public action. In 2018, demand for milk decreased by $1.1 billion, compared to 2017. This has sparked fear in the dairy industry, which has been partly destructive (for example lawsuits by dairy giants against plant-based milk companies), and partly positive (investments by some dairy companies in plant-based milk). I envision a healthcare system in which physicians guide their patients towards healthy choices that not only benefit the patient’s health, but benefit the whole society. A drop in demand for pharmaceutical products will bring enormous pollution and greenhouse emissions savings, and a drop in demand for animal products will do similarly, as well as reduce the current perverse land-use incentives that justify deforestation for animal grazing. These changes will bring enormous benefits to physical and mental health, the economy, and the environment. Cost savings in healthcare can free up money currently spent on an extremely inefficient approach to chronic disease care, and divert it to advanced medical research and development, and allow for the establishment of an economically viable healthcare system that offers universal coverage.

These changes cannot be achieved by top-down legislative action, and are dependent on a passionate next generation of physicians who believe in these ideas. As I have tried to outline, the standard approach to healthcare and the related huge demand for pharmaceuticals it has created are largely responsible for deeply troubling problems facing the country and the world. An entire book could be devoted to each of the topics mentioned (and reading these books is what has motivated me to continue my education in this direction). Improvement in these areas thus has the potential to create substantial benefits, by the Pareto principle, but this will require an overhaul of the way the healthcare system treats patients and thinks about managing chronic diseases. Policy, chemistry and healthcare innovations, and solutions from private industry will all be crucial on a macro level, but individual physicians have an enormous role to play. I hope to take the skills I acquire in my master’s program either directly to a career in pharmaceutical policy, or to medical school, in primary care medicine, where I can work on achieving the pressing reality of a more sustainable healthcare system in the United States.