A Guide to Formatting Your Manuscript – Page 5

Microsoft Word provides a feature that allows you to easily and effectively build a list within your manuscript. Whether you want to create single-level bulleted and numbered lists or multi-level hierarchy lists, Microsoft Word has you covered. By using this feature, you can clearly indicate to our production team where to include bulleted or numbered lists within your book.

Microsoft Word provides a set of list options under the Home tab in the Paragraph group, as shown below.

The default options allow you to create (from left to right) simple bulleted lists, numbered or lettered lists, and more complicated combinations of list levels. To build out more complicated lists, click the arrow to the right of each icon for more selections, as shown below. 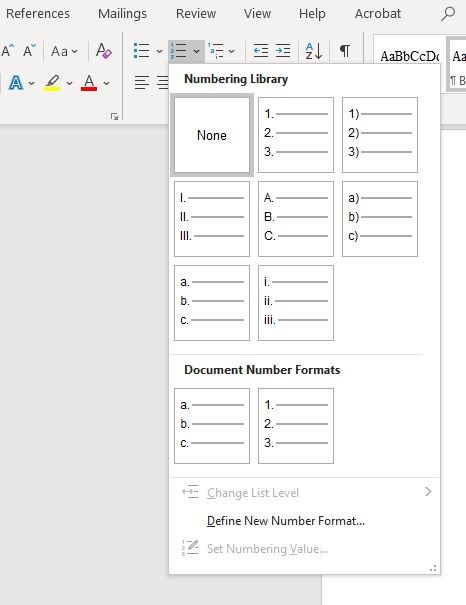 Here is an example of a numbered list that has two levels (Microsoft Word allows up to nine).